Winni has something to say about “Adopt a Shelter Cat Month.” Take it away Winni… 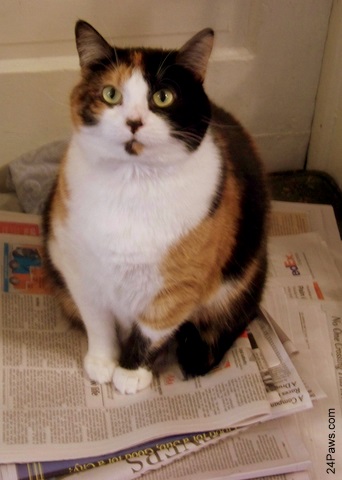 Put your newspaper away. Recycle it. Use it to line a smaller creature’s cage. Compost it. But don’t use it to look for a cat to purchase.

The month of June is about much more than prime bird and bunny watching. Yes, those are great diversions to keep a cat busy, but June is also about drawing attention to the millions of cats who are waiting to be discovered in shelters across the country.

Even if you aren’t able to adopt a cat, why not stop by your local shelter and lend a lap to a kitty in need of some TLC? Why not drop off some much needed cat supplies like litter, toys, hammocks, nail clippers, food, and cat scratchers. Check with the shelter to see what they need.

Why, you could even dip your toe into the world of feline companionship by volunteering to foster a cat. Most shelters cover any medical expenses, and sometimes food, in exchange for you providing a loving home to help the animal prepare for their forever family.

I know, you’ve got stuff to do and vacations to plan… but somewhere in the middle of all that, could you find some time to help a shelter cat in need?

Okay, I’m stepping off my soapbox… or paper pile… and waiting to hear how you’ve helped a shelter cat. 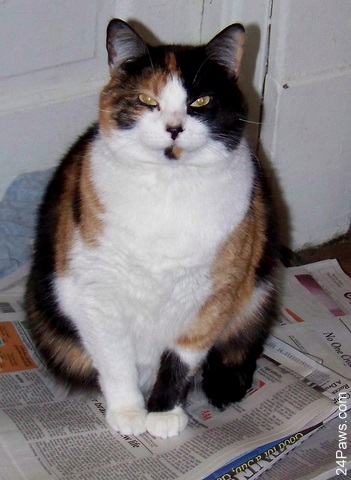 As someone who has been both an adopter of an animal at a shelter, and someone who has worked behind the front lines of animal rescue and adoption, I can write volumes about the benefits of pet adoption. When you adopt an animal from a shelter, you not only give that animal a chance at love and companionship, but you allow another animal to be saved from abuse, abandonment, neglect, and ignorance. Every day that you are privileged enough to spend with him, the animal you adopt will thank you with his loyalty, love, and spirit. The spot that opens up as a result of his adoption will undoubtedly be filled with another animal who is in great need of care and love. The impact of your action to adopt one animal cascades into many other lives.

When you find room in your life and your heart to adopt an animal, you truly do a selfless act that resounds with an impact you cannot see or imagine. The thankful animal that welcomes you home and  that relishes your attention is only one manifestation of the good you’ve done. That is why their love is so powerful. The joy in your companion’s tail wag, nose rub, and meow is felt so strongly because of the connection that you’ve created among the other animals in need.

The Ad Council, The Humane Society of the United States, and Maddie’s Fund have launched the first national PSA campaign to encourage pet adoption from shelters. The Shelter Pet Project is the first national campaign that combines the efforts of some of the largest animal welfare organizations and shelters throughout the country t0 bring awareness to and encourage pet adoption.

24Paws encourages you to check out the web site, especially the creative PSA’s donated by Draftfcb Chicago, and look into the “Pet Personals” section where you answer some questions and are then shown some potential animal matches available for adoption within the Petfinder.com network of shelters. Don’t forget to send an “Adopt-a-gram” to your online friends.

We @ 24Paws want you to make adoption your first choice when searching for a companion animal. Familiarize yourself with your local shelters and rescues.  Encourage everyone you know to make pet adoption the only option. We always provide a link to Petfinder.com on the left sidebar of our site…check out who is waiting for you!

Facts to Chew On provided by The Shelter Pet Project sponsors :